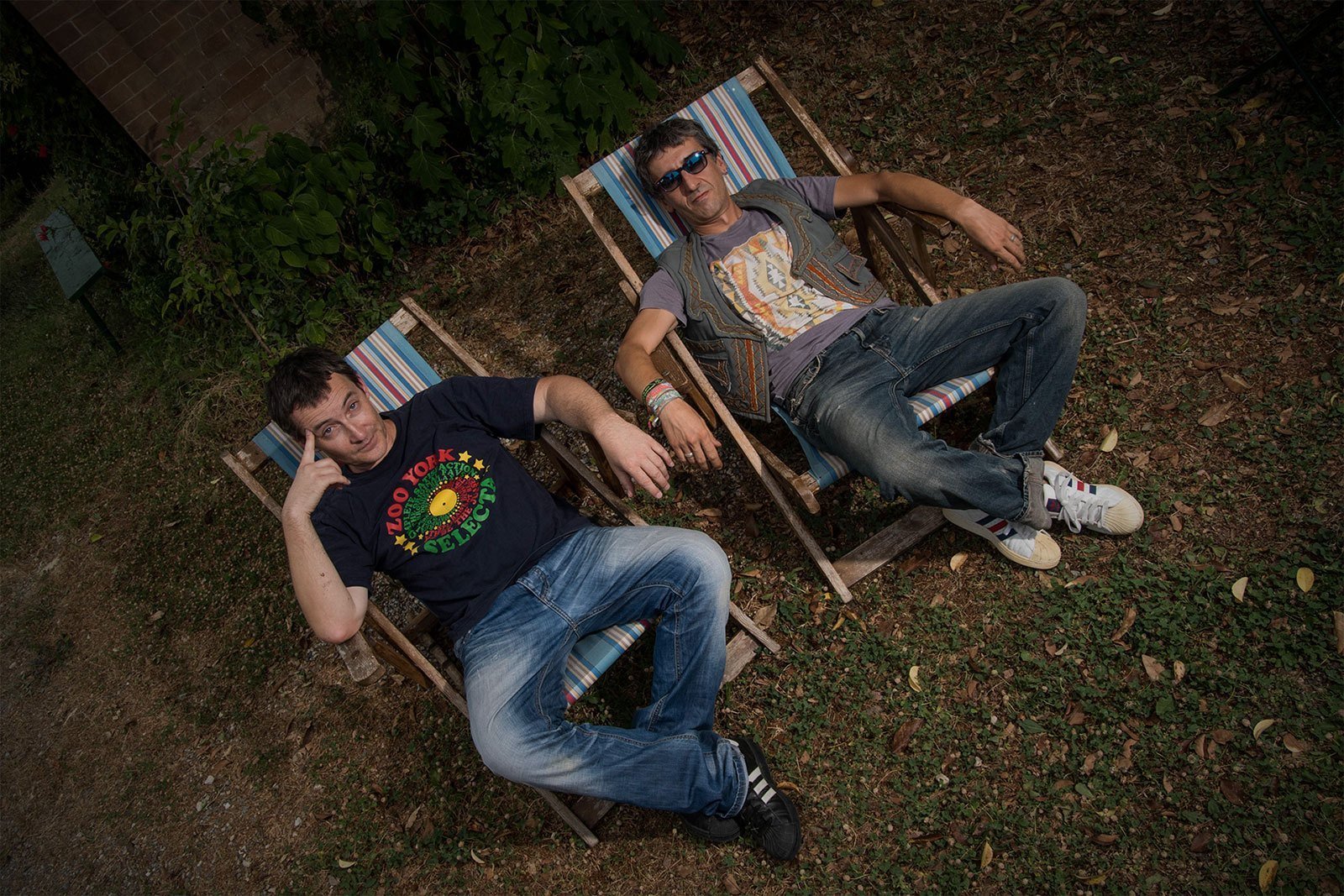 From their base-camp on a remote farm nestled in the hills of north-western Italy, intrepid sonic explorers Feel Good Productions (FGP) have been travelling the foothills of mainstream music for the past 15 years, discovering an eclectic collection of genre defining artists, and, like mapmakers of old, they have shed light on new musical territories for club-goers, underground ravers and aural explorers the world over.

FGP was founded in 1996 by DJ/Producers Pony Montana and Julian Scanavino (aka DJ’s Pony Rider and Funky Farmer). Whilst many of the underground party DJs back then were playing straight-up electronica, these two individuals were seeing things differently… It was at their hillside HQ that they put on their first free rave parties and from there they grew and nurtured what was to become their trademark ‘organic eclectic’ DJ style; spinning anything from funk to leftfield, reggae & dub to psy beats and Asian mantra to Afro-roots.

By the turn of the millennium Feel Good Productions had established themselves as a force to be reckoned with, and over the next few years continued to attract attention from all over Europe as well as further afield. They were the inspirational forces behind the eclectic and hugely popular Funkadelica club nights, and on their compilation ‘Funkadelica – Dancing to a Different Drum’ (released in 2001) they featured their debut track ‘The Feel Good Vibe (feat. MC Daddy E)’, which went on to receive regular airplay on MTV Europe and Asia. The Funkadelica compilation itself became a flag bearer in the field of Global Beats and is still a foundation stone for anyone interested in the genre.

Following on from the success of Funkadelica the Feelgood boys continued to release their own unique brand of compilations, with titles such as Balkanica, and Buonasera Signorina, Atipicoexotico showcasing their skill for bringing together the best and freshest new findings from around the world. On top of this FGP as a production duo released 9 EPs and two albums, including collaborations with MC Navigator, General Levy and other musical dons, creating a well-earned and loyal international fan base.

Currently they are in the studio working on a string of fresh new releases featuring a few old friends such as singers Navigator and Yunis, and new collaborators including up-and-coming Italian producer Stereocool. And no doubt you’ll spot them at some high profile festivals soon such as Glastonbury, Boomtown. Revolution Festival, Rainbow Serpent, and the Miami Music Conference.

Still very much on the ball and ahead of the game, the globetrotting Feel Good Production crew continue to spread good vibes from the hills of Piedmont to the UK, Australia, Mexico, Asia, Eastern Europe and the far Far-East and their new material will only enhance their well-earned reputation.